It is necessary to visit Tovuz, one of the beautiful regions of the Lesser Caucasus,  which has "a lowland as a lowland and a mountain as a mountain", as Tovuz people say. 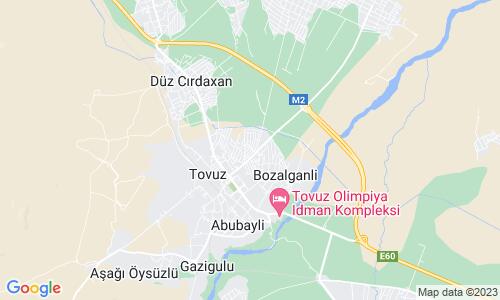 Tovuz is located in the west of the country, 439 km from Baku and is distinguished with its ancient monuments, delicious food, air, water, vegetation, fauna, and, most importantly, kind and hospitable people. it is one of the regions where a visitor once visiting Tovuz will return again here.

It takes about 8 hours by bus from Baku to Tovuz. Although the region is far from the capital, you will be amazed by the beauty of this place, and your fatigue from the road will be completely forgotten. It is possible to use a private car, taxi, bus, and train for traveling to Tovuz for the purpose of recreation. The Great Silk Road is so convenient that even long distances are not felt.

Those who want to travel by bus can ride to Tovuz every day from Baku International Bus Station by large buses operating on Baku-Red Bridge. Those wishing to travel by train can use Ganja-Agstafa, Baku-Gazakh, Baku-Agstafa, Baku-Tbilisi trains.

Tovuz has rich nature, flora and fauna, forests, and rivers. The region is located in the mountains. Alpine and subalpine meadows alternate in the steppes and plains, and the density of impenetrable forest zones amaze people. Kura, Akhinja, Tovuz, Zayam, and other rivers flow through the region. There are four valleys in Tovuz called Aghdara, Akhinja gorge, Asrik gorge, and Hinna gorge.

Besides the mountainous area, Tovuz has a plain. In the northern part of the region, on the left bank of the Kura River, there is the Jeyranchol winter pasture, which is very suitable for livestock (especially winter livestock). Eldar pine, which is considered to be a rare plant, is protected in the Garayazi reserve, which belongs to the Jeyranchol part of the region. Jeyranchol, now a winter pasture, as its name suggests, was once home to herds of gazelles. Earlier, there were several species of gazelles and deer.