Guba is famous for its juicy apples and handicrafts. Guba is situated on the north-east slopes of Shahdag, 600 meters above sea level, on the coast of Kudyalchay. 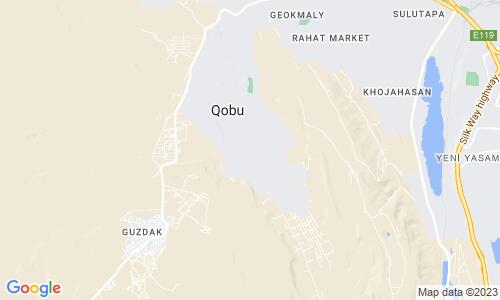 The new city extends 3 km from Flag Square. Guba is the gateway to the most interesting and remote mountain village of Azerbaijan.  There is a Red settlement (Jewish settlement) from the north of the river.

While it is known as the main summer vacation destination, winter is becoming increasingly popular among tourist attractions as well. With its marvelous nature, its abundant rivers, and its remarkable historical works, Guba is among the most attractive regions.

Guba carpet center. If you want to buy souvenirs and get acquainted with local artworks, then Guba carpets are the best option for you. You can taste an apple from apple orchards, for which Guba is famous. Sulfur springs are located in the area of Khachinchai.

Balbulag, Gizbanovsha, Qachrash, Tangaalti gorge with a depth of 400-600 meters, Afurja waterfall with a height of 30 meters near Afurja river, unique Pirbanovsha waterfall is also in this region. One of the specific natural beauties in the region is a figure carved out of a rock and shaped like a minaret under the influence of water. With its rich flora and fauna, this region has ample opportunities for animals and fishing.

There are numerous 5-star hotels in this area, one of the main centers of winter tourism as well.