Baku is an ancient city. Every stone bears a trace of history. Baku stands proudly at the gates of the Old East and is known as the city of oil. It's engraved with the name "oil city", the edge of "black gold", "city of winds" in the pages of history. 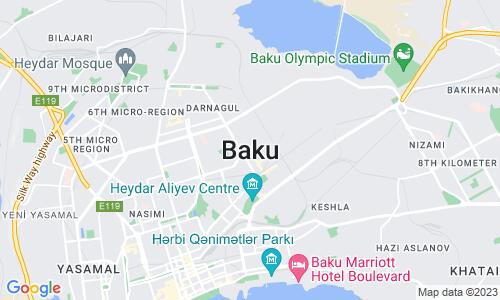 Baku is one of the oldest port cities on the Caspian Sea and is the largest trade and cultural center in the Caucasus region.

The ancient Icheri Sheher surrounded by fortress walls, Maiden Tower laid on the shores of the Caspian Sea, the Shirvanshahs Palace Complex, the Juma Mosque,  magnificent caravanserais are monuments that enhance the grandeur of Baku. A number of buildings of rich architecture add a special beauty to the modern appearance of the city.

The magnificent building on Nizami Street will undoubtedly attract your attention. The construction of the building began in 1910 and was completed in just ten months with the investment  made by Baku's millionaire Mayilov and the design implemented by the famous architect Bayev. That building is Azerbaijan Opera and Ballet Theater, which is the largest musical theater in the country.

Along with 19th-century buildings, Baku is also distinguished by the buildings that meet modern, futuristic European standards. The first place among the recreation areas of Baku is The Seaside Boulevard - the National Park, built in the Baku Bay of the Caspian Sea.

Nowadays a century-old Seaside Boulevard ranked second as the largest park in Europe after the park of Seine river. The Heydar Aliyev Center, designed by world-famous architects, the Flame Towers  and modern museums have become a symbol of Baku that represent modern architectural monuments.

The list of attractions of Baku  with great history and splendor do not end here certainly. The Philharmonic Hall,  Government House, Fountain Square, and other sights should be added to this list.

The Old City, the symbol of our capital, is located inside the fortress walls and is called "A city within a city".